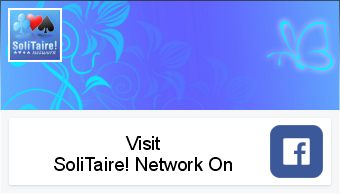 Solitaire Network was founded in 2001 by Warren Schwader. We are located just a few miles from the Southern entrance of Yosemite National Park in California.

Warren Schwader has worked for many other game companies including Sierra On-Line, ImagiNation! Network, AOL Games, BigPrizes.com, and most recently iWin.com.

Jewel Quest was RealArcade's 2004 Puzzle Game of the Year and remained in their list of Top 10 games for over 8 months! It was also a finalist for the 2004 Billboard Digital Entertainment Awards Downloadable Game of the Year!

Hoyle II Solitaire for Sierra On-line. This game was the precursor for Solitaire Network and was one of the first commercial collections of Solitaire games developed in 1988.

Jones in the Fast Lane for Sierra On-line. The first CD-Rom game ever developed for Sierra On-Line in 1990, and still a favorite among many.

Also, dozens of other games for various companies.

Solitaire Network strives to bring you fun and free Solitaire games with only a minimal amount of advertising. We hope to continue to offer many more great games in the future!